Media is the ENEMY!

why are we still using them? 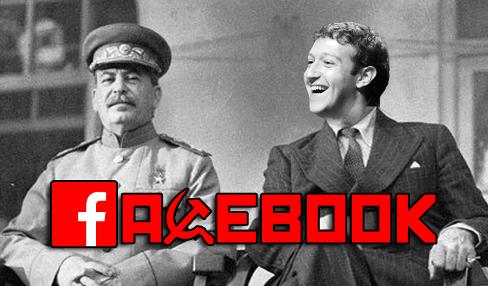 As anyone with an intact frontal lobe realizes, the social media giants like Facebook, Instagram, Twitter, Youtube, and many others, are actively engaged in a massive disinformation campaign against humanity. The reasons for this vary. But the common goal is the same: brainwash the public into accepting totalitarian rule. Using blanket censorship of dissidents who speak out against the central powers is the #1 tactic. Along with censorship, there have been ad campaigns, reward programs, and promises of cool new features for the masses, so long as they comply with their instructed belief system. If you stray, you may be kicked off, or banned. If you pledge a statement of support for right leaning political parties or speak out against actual terrorists like BLM, you could be facing suspension or banning as well. I could go on all day simply about the evils of these communist organizations. In another article perhaps. But how did this come to be?

There were likely massive pay-offs to the CEO's of these companies. But most of this has been accomplished by mere infiltration. As with other sectors of society, the moral and societal structure has been under attack for some time. We have been eroded away over the years to a point where enough people have turned into cowardly swine. These people have been taught that morals are bad, that family is racist, that all white people are terrible, and that genders don't exist. As a result, this portion of society is easy to control. And control is what tyrants do best. In this day and age, most of the daily influence comes from the Social Media companies. It only makes sense that those with power in mind would use them to further their agenda. But again, I am not going to delve too deeply into all of this in this particular Blog entry.

The reason I am writing this, is that I am guilty. Guilty of playing along with Facebook. Lately, I have been making accounts just for a laugh. Getting kicked off for posting an anti-Biden meme is entertaining. And posting some truth about the Covid propaganda generally earns some kind of whining from the Communists at Facebook HQ. But the more I think about it, the more I realize how stupid this is. Every time I log on, I am helping their market share. And the SEO if that's even a thing anymore. Every time I post something, I am using THEIR platform. I realize this behavior of mine is not quite as bad as your typical mind slave Facebook addict. Still. Using a service that I know is 100% evil, and who has directly assisted in an attack on our Constitutional Republic, is wrong....PERIOD! It is actually the equivalent of someone who claims to be Christian, yet uses Anton Lavey's Satanic Bible for entertainment. I just can't do it anymore. I am done. No more making fake accounts just for a laugh.

Something in the same vein, is telling if someone is addicted (they are making people psychologically dependent. More in the next article). I am using Facebook excuses since I have heard them the most.

Let me address those now:

1. "But all of my pictures and videos are on there!". You've heard of downloading, right? Use it.

2. "All of my friends communicate on there!". You mean all 7,0000 of your 'friends', while you only actually know 5 of them? Good one. And for actual friends, isn't email a thing? Or even a phone?

3. "Only a coward runs away! I am staying on Facebook to fight!". Firstly, Fight? By supporting them? Second, you are not fighting anything. Its THEIR platform. If they don't like what you say, they push a button to mute you. Nice try.

4. "I have nothing to hide. So they can censor me if they want! I am proud of what I believe!". Wow!! How stunning and brave! You can say whatever you want, so no one reads it! Cool!!! Good job, oh mighty warrior! You sure showed them!....NOT!

That's all I got for tonight humans. I may be following this up soon with a more in-depth rant on how evil Zuck, Dorsey and those douche monkeys at Google are. And how the Devil himself is all like "Dude! Don't be mentioning my name when you talk about those guys. It makes me look bad!"

In the mean time, there are some "alternative" social media that, so far, don't seem to be infiltrated. If you have the itch, try one of these:

Parler is done. Fried and crumbled. Don't even think about that. Unless you want Feds looking at you through Flir in your underwear. Later, life forms!